The Leipzig-based research project “Data mining and value creation” will kick-off in parallel to the Hannover Messe. Just like the internationally important industry trade show, this Fraunhofer Center for International Management and Knowledge Economy IMW and Leipzig University joint project addresses the issue of how companies can further benefit from digitalization. In the coming four years, the partners intend to develop new methods and suitable software solutions for the sound scientific mining and analysis of the economic value of data. One aim of the Leipzig researchers is to gain new knowledge from the digital information collected by Saxony-based industrial companies in order to generate financial benefits for these firms. The project is funded by the Free State of Saxony.

Professor Dr. Thorsten Posselt, the director of the Fraunhofer IMW, on the project: “In the era of digitalization, data becomes the basis of value creation. With this project, the Free State of Saxony is helping medium-sized enterprises based in Saxony to actively utilize the chances and opportunities that digitalization offers. The project promotes collaborative research and development in this important, exciting and growing future field at the Fraunhofer IMW and Leipzig University. Interested companies, disseminators and researchers are invited to cooperate.”

Leipzig University's Vice-Rector for Development and Transfer Professor Dr. Thomas Lenk refers to the collaboration between the Fraunhofer IMW and Leipzig University as “seminal for the research field of digitalization”. He went on to note that it would allow the interdisciplinary team of researchers to link socio-economic expertise with software supported skills in order to purposefully support Saxony-based companies during their digitalization and to make data utilizable.

Vice-Rector Lenk explains: “The Free State of Saxony is funding the project at the research location of Leipzig with 7.5 million euros provided by the European Regional Development Fund (ERDF). In cooperation with Leipzig University, the Fraunhofer IMW will help companies based in Saxony to better evaluate the importance of their digital data”.

“The research project aims to raise the awareness for the economic potential of this data, which is often generated during the production process, in order to jointly develop new value creation models. The project then aims to make existing and new IT solutions for the commercial utilization of their data available to companies based in Saxony,” adds Fraunhofer IMW's Professor Dr. Thorsten Posselt.

Professor Dr. Gerik Scheuermann and Professor Dr. Gerhard Heyer from Leipzig University's Institute of Computer Science are responsible for the university’s side of the project: “We are focusing on the following issues: What data have the companies involved already collected? How are companies based in Saxony currently utilizing this data, what are their likely needs and how willing are they to explore new methods of data analysis and utilization?” says Professor Dr Scheuermann. During the first year of the research project, the cross-institutional research team will concentrate on assessing the status quo in medium-sized enterprises in Saxony. Says Professor Dr. Heyer, “After that, we will take the data analysis into account when programming the software and IT tools used by the companies. We will develop process chains and algorithms to generate text data-based added value for the companies that own this text data.”

The researchers are planning to populate a corporate database with case studies as well as to develop IT tools for the analysis and utilization of data, and to then trial these in companies. This project stage will be accompanied by a roadshow with information about companies based in Saxony and Central Germany. The researcher team is currently seeking Saxony-based companies to assess the status quo and trial the IT tools. In addition to the planned IT tools and new business and cooperation models, the research project will culminate in an international conference on the issue of “Digital value creation and data mining” in Leipzig.

Martin Dulig, the Saxon State Minister for Economic Affairs, Labor and Transport, already stressed the particular importance of the research project for the Free State of Saxony back in December 2017, and emphasized that the Fraunhofer IMW and Leipzig University will be unlocking a new door to the state’s digital future. Dulig, who is also the Deputy Premier of the Free State of Saxony, said that this would mean that software innovations not only for technical systems but also for business and internal organizational processes would then emerge from Saxony.

The Fraunhofer Center for International Management and Knowledge Economy IMW can look back over twelve years of applied socio-economic research and experience at the Leipzig location. Around 170 employees from 20 countries help clients and partners from the business, industrial, political and science communities and public institutions to benefit from the innovation drivers globalization and digitalization. The institute's international projects, network activities and analyses focus on how people can benefit from socio-economic and applied research into the dynamics of a knowledge-based society and the future of industrial production. The interdisciplinary team of researchers provides businesses, organizations, institutions, countries, local communities and regions with sound scientific support during strategic decision-making processes. Initially founded as the Center for Central and Eastern Europe (MOEZ) in 2006, the strategic realignment and new foci of the institute, which holds a certification to DIN EN ISO 9001:2008 DNV-GL standard, are expressed in the new name chosen in 2016, the Fraunhofer Center for International Management and Knowledge Economy IMW. The institute's expertise focuses on innovation research, knowledge and technology transfer and corporate development in an international competitive environment. www.imw.fraunhofer.de 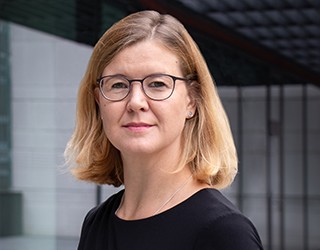 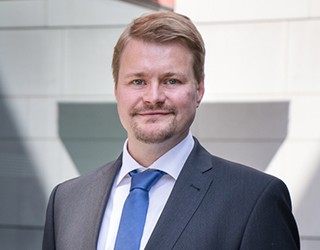