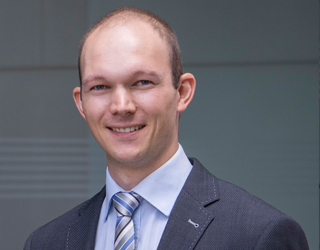 Alexander Arzt has been working as a research fellow in the project “Data Mining and Value Creation“ at Fraunhofer IMW in Leipzig since 2018. His work focuses on data-driven value creation innovations and organizational requirements in the context of digitalization and service economy. Prior to that, Alexander Arzt worked as a research fellow at the Chair of Information Management at the TU Dresden. During his studies at the Chemnitz University of Technology, he worked as a research fellow at the Fraunhofer Institute for Machine Tools and Forming Technology IWU in the department for business development on international research projects, for example on the effects of megatrends on the automotive industry. As part of his master's degree in Management and Organization Studies, Alexander Arzt spent a semester abroad at the Nagoya University in Japan. In this context, his master's thesis examined specifics of Japanese human resource management in multinational companies. Alexander Arzt also obtained a Bachelor's degree in European Studies during which he spent a semester abroad at the University of Huelva in Spain.

The Fraunhofer IMW holds an annual Research Day, where the research fellows present their latest research projects. Here you can find the poster presentations of Alexander Arzt.