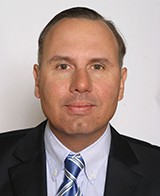 Oliver C. Ruppel is an ordinary Professor of Law at Stellenbosch University (South Africa) where he also established the Development and Rule of Law Programme (DROP) in 2012. At DROP the special emphasis lies on the linkage between law and development, focusing on reconciling the tensions between environmental sustainability, economic growth and human welfare.

Prof. Ruppel currently serves as the director of the newly created Climate Change Policy and Energy Security Programme for Sub-Saharan Africa of the Konrad Adenauer Foundation (KAS), for which he has set up a regional satellite office in Yaoundé (Cameroon) in 2016. This regional office closely cooperates with the 14 KAS country offices in Sub-Saharan Africa (Cote d’Ivoire, DRC, Ghana, Kenya, Mali, Namibia, Angola, Nigeria, Senegal, Zimbabwe, South Africa, Tanzania and Uganda).

Prof. Ruppel is a Non-resident Fellow at the Fraunhofer Center for International Management and Knowledge Economy IMW, Leipzig. He is also a regular visiting Professor at various African Universities (University of Namibia, Strathmore Law School, Nairobi (Kenya), Catholic University of Central Africa, Yaoundé (Cameroon) and held a Professorship for African Studies at the Munich School for Philosophy S.J. until 2011. In 2009, he established one of the worldwide 14 founding academic chairs of the World Trade Organization (WTO), Geneva (Switzerland) at the University of Namibia, Windhoek, where he had previously also served as Director of the Human Rights and Documentation Centre, a national institute established by statute under the Namibian Ministry of Justice.