Scientific integrity describes the basic ethical attitude and the responsibility of scientists for the honesty and quality of their scientific work. This culture is an indispensable prerequisite for the acquisition and exchange of knowledge as well as the recognition of science in the economy and society.

The scientists of the Fraunhofer IMW, and in particular its executives, exemplify scientific integrity as an inner attitude and in daily practice.

As an organization of applied research, the Fraunhofer-Gesellschaft has adopted corresponding principles as the basis of its self-image. These are anchored in the Fraunhofer Code of Conduct and are based on the recommendations of the Commission on Self-Regulation in Science and Humanities by the member institutions of the German Research Foundation (DFG).

On July 10, 2020, the head of the institute appointed Dr. Charlott Menke as the new ombudswoman for good scientific practice, succeeding Dr. Nizar Abdelkafi, former deputy department and group leader at the Fraunhofer IMW. In her function, Dr. Menke works at the Institute to ensure that scientific integrity is conveyed, especially to young scientists. She is to identify problem areas that could give rise to scientific misconduct. As ombudswoman she is also available as mediator in cases of conflict.

She is represented by Dr. Norman Bedtke, who not only supports Dr. Menke in her work but can also be contacted in his function if the ombudsperson is absent or biased.

Further information on this topic can be found on the Fraunhofer-Gesellschaft website. 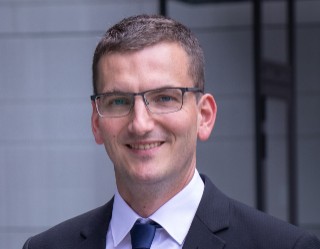