The House of Transfer (HoT) project started yesterday in Leuna. The coming four years are set to see the development of a central hub for all stakeholders in the biobased economy, chemical, plastics, and hydrogen sectors in the Central German mining region. Led by the Fraunhofer Institute for Wind Energy Systems IWES, the project team, which comprises the project partners BioEconomy e. V., the Fraunhofer Center for International Management and Knowledge Economy IMW, the Chemie+ cooperation network, Martin Luther University Halle-Wittenberg, and POLYKUM e. V., has set itself the goal of providing support for the accelerated implementation of the structural change. The project is being funded by the Federal Ministry for Economic Affairs and Energy (BMWK) to the tune of €4.6 million.

The transformation of the industry in the Central German mining region into a circular economy based on renewable raw materials can only be successful with cross-sector and interdisciplinary cooperation. The climate protection goals of the EU and German Federal Government to be achieved by 2030 are setting the tempo and speeding up the implementation of climate protection measures in many sectors. Innovative and quicker solutions are also being sought in the fields of hydrogen, sustainable raw materials, e-fuels, and the circular economy. New technologies, materials, and processes contributing to a successful structural change and defossilization of the industry are also appearing all along the value chain in these areas. Securing the future of the raw materials network in the Central German Chemical Triangle is becoming a major challenge that must be shaped in the coming years.

Knowledge transfer for target-oriented, economic activities in the Central German mining region
This is where the »HoT« project comes into play. Initiatives which were previously running in parallel are now set to be bundled in order to be able to transfer findings and research results into industrial practice with greater speed. »HoT« does so employing a holistic approach: The project aims to create a market overview of the changing value chains in the core sectors of biobased economy, chemistry, plastics, and hydrogen as well as scenarios for future developments and their effects on the labor market, for example. This knowledge will be prepared and processed in the »HoT« project before being made publicly available to all interested parties. Recommendations for action for political, economic, scientific, and social actors will also be derived. »HoT will thus establish a platform on which actors in the Central German mining region can gain an overview of the market and accordingly make strategic decisions more easily, especially as far as future economic activities are concerned.

Furthermore, the project will construct a (cross-sector) network making it possible to find the right contact persons for individual questions. As a central hub, the »HoT« already interlinks existing activities: it brings together technology providers with industrial needs, project ideas with investors, and start-ups with experienced players. Dr.-Ing. Sylvia Schattauer, Acting Director of Fraunhofer IWES, explained: »There are already a large number of existing technologies and approaches spread across science, business, politics, and society. Our aim with the HoT project is to network these approaches and, in doing so, contribute to higher transparency. After all, it will only be possible to establish a sustainable circular economy successfully and strengthen economy power in Central Germany in the long term if all actors are involved.«

Establishment of a central advice and service offering in Leuna
One of the project’s key goals is the establishment of a central hub directly in the Central German mining region. The project team has already defined milestones and success indicators in addition to planning the first steps. First, an advisory board will be convened to support the project team in an advisory capacity, especially with regard to the identification of sustainable and relevant developments in the four core sectors. In addition to the comprehensive network, the advisory board thus also guarantees the practical orientation as well as the market and target group relevance of the »HoT project’s activities.

House of Transfer project
The House of Transfer project is being funded by the Federal Ministry for Economic Affairs and Energy to the tune of €4.6 million on the basis of a decree by the German Federal Parliament. The funding notification was delivered to Fraunhofer IWES as the project manager and representative of the project partners BioEconomy e. V., the Fraunhofer Center for International Management and Knowledge Economy IMW, the Chemie+ cooperation network, Martin Luther University Halle-Wittenberg, and POLYKUM e. V. on 09/28/2022. Further information in German can be found here: Die Zukunft der chemischen Industrie ist nachhaltig (German only)

At the first meeting, the goals of the project were jointly defined, and the first steps planned. Over the next four years, the House of Transfer is to provide decisive support in accelerating structural change in the Central German mining region. 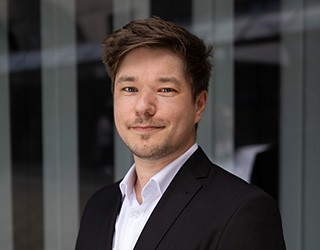