In the Automotive Industry Outlook 2030+, researchers from the Fraunhofer Institute for Systems and Innovation Research ISI in Karlsruhe and the Fraunhofer Center for International Management and Knowledge Economy IMW in Leipzig have looked at the German and, in particular, the East German automotive industry. The study, commissioned by the Labour and Environment Foundation of the IGBCE, focuses on the current economic importance of the industry, its future challenges, and options for action in regard to trade unions, politics, industry and the public in the region.

The automotive industry is the strongest in the German manufacturing sector. The German automotive industry is also well positioned internationally: In Europe, Germany ranks first among manufacturing countries, and worldwide it is among the top 5. German motor vehicle manufacturers (OEMs) exported around three-quarters of their passenger cars produced in Germany to sales markets around the world in 2020. For the Automotive Industry Outlook 2030+, researchers from Fraunhofer ISI and Fraunhofer IMW have investigated how the German automotive industry is currently positioned and to what extent it is affected by transformations such as digitalization, globalization, climate policy and demographic change.

One focus of the analysis was specifically on eastern Germany. There, only individual OEMs with pure production sites have established themselves, while nationwide automotive manufacturers and supplier industries are concentrated mainly in the west and especially in the south of the country. Although the eastern parts of Germany as a business location are characterized by many small and medium-sized enterprises, a strong wage differential compared to the west, relatively few production facilities overall and, above all, not a single company headquarters of an OEM, the researchers were nevertheless able to identify some location advantages.

For example, the eastern German automotive and supplier industry is characterized by a low lock-in, i.e., a low path dependency on the development of the internal combustion engine - as evidenced by the fact that many OEMs have already partially or completely switched production here to electric motors. The establishment of the American car manufacturer Tesla foreshadows the emergence of an electromobility cluster in Berlin/Brandenburg. These developments are favored by the high acceptance of the automotive and supplier industry among the eastern German population and the stable position of the chemical industry in the Central German chemical triangle.

Across Germany, around 940,000 people were employed in the automotive industry in 2018, and 260,000 in core suppliers. Seven percent of these figures are in eastern Germany. The share of full-time employment is high, as is the gross value added with more than 100,000 euros per employee. The low proportion of female and foreign employees in the sector in eastern Germany is striking. It can also be seen that jobs for specialists and experts, especially IT specialists, are mainly concentrated in the west. The situation is similar with training opportunities. This could explain why the proportion of young employees is higher in the west. In contrast, there are more training opportunities in eastern Germany in relation to the number of inhabitants.

Most of the companies in the eastern German automotive industry are small and medium-sized enterprises. The more competitive large companies are concentrated in western Germany, as is investment in research and development. According to the researchers, the automotive industry is more affected than many other sectors by challenges in the areas of climate change, raw material availability, demographics and innovation pressure. The framework conditions created by the European "Green Deal" or the German Climate Protection Act pose major challenges for the industry. In the production of electric motors, the industry faces particularly risky supply relationships for rare earth materials. In addition, OEMs and suppliers must assert themselves against the market power of international tech groups and Asian supplier companies, which grew rapidly during the Covid 19 pandemic.

The establishment of regionally closed value chains in the sense of a circular economy can help to increase the resilience of the European automotive industry against distortions and at the same time save on resources and emissions. Therefore, the establishment of an international electric vehicle production cluster in Brandenburg can reduce dependence on volatile world markets. Further recommendations for action by the Fraunhofer researchers for strengthening the German and in particular, eastern German automotive and automotive supplier industries include research funding for small and medium-sized enterprises and the establishment of test fields for new types of mobility models. They emphasize the strengthening of training and continuing education, for example by means of dual courses of study, as well as a rapid expansion of charging infrastructures and the 5G network.

At Fraunhofer IMW, our team draws from more than fifteen years of experience in socioeconomic research at our Leipzig office. Fraunhofer economists develop scientifically sound solutions to challenges presented by globalization, ensuring the lasting success of our clients and partners from business and industry, research, and civil society. The institute has proven expertise in the areas of internationalization, innovation and technology management, technology economics, regional transformation, data and platform economy, digital value creation, strategy development and knowledge economy. Founded as the Center for Central and Eastern Europe MOEZ in 2006, the institute consolidated its expertise and range of services in internationalization and the knowledge economy under a new name in 2015, becoming the Fraunhofer Center for International Management and Knowledge Economy IMW. The Center for Economics of Materials complements the portfolio of the Leipzig Fraunhofer IMW as its branch office in Halle (Saale) with expertise in materials science and techno-economics. The transfer to the Fraunhofer IMW took place on January 1, 2020, giving the Fraunhofer IMW a presence in Saxony-Anhalt in addition to its location in the Free State of Saxony.

Press Release of the Fraunhofer ISI

IGBCE Foundation for Labour and the Environment

Infographics: Industry Outlook 2030+ Automotive with a focus on Eastern Germany 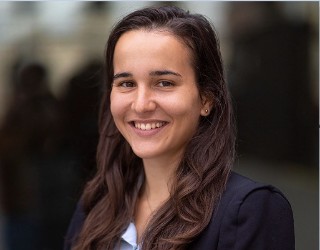