In Ilmenau, toboggan and bobsled sports can look back on a long and successful history. To date, seven Olympic champions have emerged from this local tradition, winning twenty Olympic medals. The Schlittenscheune (“Sled Barn”) Museum offers an impressive exhibit on the national and international history of these sports as well as the world's largest collection of sleds and bobsleds. The eighty members of the Traditionsverein Schlitten und Bob Ilmenau e. V. (“Traditional Association of Toboggan and Bobsled in Ilmenau”), led by initiators Norbert Wagner and Roland Hollaschke, are jointly pursuing the goal of transforming the museum into an interactive experience park – and of increasing its visibility and providing the necessary financing through a crowdfunding campaign.

They are supported by crowdFANding e. V., based in Jena and Mainz, and by researchers at the Fraunhofer Center for International Management and Knowledge Economy IMW in Leipzig. Both project partners have already carried out two successful fan campaigns in recent years, each with over 150,000 euros, and have developed research-based success factors for crowdfunding in sport

The “Toboggan and Bobsled Adventure World,” which is planned in a central location along the Ilm-Radweg bike trail, will be situated in a separate building reminiscent of a bobsled. This provides space for exhibits about the history of sledding and bobsledding in Ilmenau, Thuringia, and around the world, from both past and present. Modern exhibition design makes it possible to experience the physical laws and innovations of sports, for example through virtual reality simulators. In the simulation, visitors can enjoy the thrill of riding on any bobsled track in the world. In order to implement this ambitious project, the Traditionsverein Schlitten und Bob Ilmenau e. V. is looking for supporters.

Financing will be proverbially “pushed” (#push-start) by means of crowdfunding (crowd financing). This financing alternative has been successfully established for quite some time, including in the world of sports.

CrowdFANding e. V. based in Jena and Mainz and the team of researchers from the Leipzig Fraunhofer Center for International Management and Knowledge Economy IMW will work as committed experts with two successful sports crowdfunding campaigns under their belts. They offer scientific support for the project, seeking to discover the top success factors for sports-related crowdfunding. Dr. Robin Bürger heads the team at Fraunhofer IMW: "We - the Innovation Financing Unit - are researching new means for citizen participation. Crowdfunding gives projects a voice. It allows fans and supporters to actively participate.”

The crowdfunding campaign for the adventure world starts just in time for the 50th European Luge Championships as part of the 8th World Cup race of the 2018/19 season in Oberhof. The participants will collect supporters and contributions until March 8, 2019, at www.crowdfanding.net.

Depending on the size of their contribution, supporters of the campaign will be able to choose from a list of donor rewards. From autographed cards from current and former bobsled athletes to their own toboggan experiences on the bobsled run in Oberhof to getting to know medal winners from Ilmenau, the campaign offers “first-time sled pushers” a first taste of the upcoming adventure world.

The Fraunhofer Center for International Management and Knowledge Economy IMW can look back over twelve years of applied socioeconomic research and experience at its Leipzig location. Around 170 employees from 20 countries help clients and partners from the business, industrial, political and science communities and public institutions to benefit from the innovation drivers globalization and digitalization. The institute's international projects, network activities and analyses focus on how people can benefit from socioeconomic and applied research into the dynamics of a knowledge-based society and the future of industrial production. The interdisciplinary team of researchers provides businesses, organizations, institutions, countries, local communities and regions with sound scientific support during strategic decision-making processes. Initially founded as the Center for Central and Eastern Europe (MOEZ) in 2006, the strategic realignment and new foci of the institute, which holds a certification to DIN EN ISO 9001:2008 DNV-GL standard, are expressed in the new name chosen in 2016, the Fraunhofer Center for International Management and Knowledge Economy IMW. The institute's expertise focuses on innovation research, knowledge and technology transfer and corporate development in an international competitive environment. www.imw.fraunhofer.de 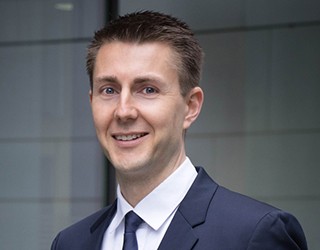