The detrimental effects of climate change has seen politicians adopting extensive measures to reduce greenhouse gas emissions. Numerous programs have been adopted at European and national level to achieve  global targets. In Germany, these include the resolution to phase out coal and the National Hydrogen Strategy, which is reflected regionally in the Saxon Hydrogen Strategy and the City Council resolution "Hydrogen City Leipzig".

The city of Leipzig sees itself as a pioneer for ambitious climate protection. To concretize and implement its hydrogen strategy, a potential assessment "Hydrogen Perspectives for Leipzig" was developed together with the Leipzig Group, which considers economic, political and technological aspects of hydrogen in the region.

The project analyzes the framework conditions for the development of a sustainable hydrogen economy. Based on their significance for climate and economic policy, the basics of the different hydrogen technologies are first presented. The focus is on "green" hydrogen, which is produced by the electrolysis of water using renewable energies. This is followed by an analysis of the potential for the production, transport and use of hydrogen in the region, focusing on electricity and heat generation as well as mobility. In addition, the opportunities of the hydrogen economy for science and industry are evaluated with regard to structural change in the region. Finally, the prerequisites for a rapid expansion of the hydrogen economy are considered.

Center for Economics of Materials (Branch office of the Fraunhofer IMW)

Fraunhofer Institute for Microstructure of Materials and Systems IMWS

Study commissioned by the Leipziger Group 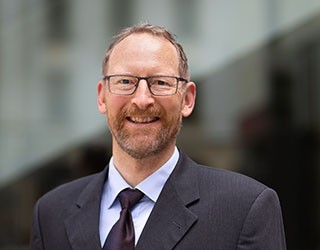